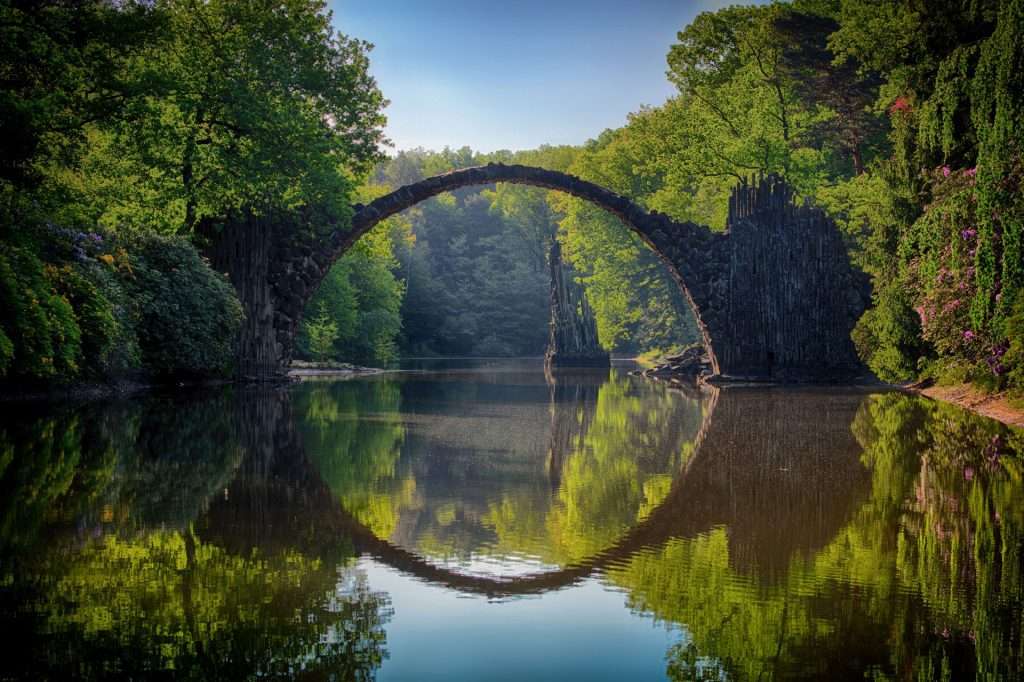 Can’t we build a just society? The answer: “We should do everything we can to build a more just society and a more just world. And the worst way to do that is to try to create an egalitarian utopia” (2010, p. 32). The world is not perfect, and we cannot make it that way. But we can make it better.

Society makes opportunity cost trade-offs that prove utopian schemes don’t work. “The optimal level of pollution cleanup for a society is not zero. Neither is it 100 percent. The optimal level of pollution cleanup lies at the point where we decide additional cleanup is not worth the time, the trouble, and the money. We should clean up our environment until things are ‘good enough’ and then move on to more urgent tasks” (Claar & Klay, 2007, pp. 102-103). Those who call for a “perfect environment” deny the fallen nature. There is no perfection in a broken world. There is improvement. Bolt underscores the importance of creation as the foundation for economic thinking: “[A] normative understanding of our economic life must be rooted in creation and not in eschatology … but as a check on perfectionist utopianism, not as a template for radical transformation of our social order” (2013, p. 19). Sirico offers the following logical—and accurate—assessment: “Recognizing that heaven on earth is impossible, we do not pursue utopian schemes” (2012, p. 176). When an economist hears the phrase “win-win,” our economic antenna start to quiver.

If not perfection, then what? In The Red Sea Rules, Robert Morgan writes that the first rule is, “Realize that God means for you to be where you are” (2014, p. 1). You are called to re-create the economic situation you are in. God put you there for a reason, and it is your calling to figure that out. Art Lindsley writes, “You are the only you there ever was or ever has been” (2015, p. 80). In the movie of the same name, the Blues Brothers famously shouted, “We’re on a mission from God.” Are you on a mission to improve the situation you’re in?

Arthur Holmes, in The Idea of a Christian College, writes, “What we need is not Christians who are also scholars but Christian scholars” (1987, p. 7). I agree with Holmes and echo that thought: What we need is not Christians who are economists; we need Christian economists. The title of Holmes’ book is taken from The Idea of a University by Cardinal John Henry Newman. Seen in this light, the Christian worldview is the ballast that supports the path we walk. When we see the world through our Christian worldview lens—creation, fall, redemption—we find answers to our questions about how to distribute scarce goods in a fallen world. Though, as Whelchel states, “We will never create full shalom in this current age” (2012, p. 95). It is not a perfect world, and we cannot make it perfect. We have to settle for marginal improvements.

Milt experienced God’s providence, without ever recognizing it. Almost all men marry women shorter than themselves, so this presented a problem to Milt, who was a 5-foot-tall student at the University of Chicago in 1932. As an atheist, Milt considers it a coincidence that in one of his first economics classes, he met a woman named Rose, who was shorter than him. The Christian worldview looks at the same situation and calls it “providence” that Milt and Rose met in that class. When Rose married Milton, her last name changed to Friedman, and thus, the most influential husband-wife economics team of the 20th century was created. God intended Milton and Rose Friedman to be in the same classroom at the University of Chicago in 1932. They were not Christians, but in the Christian worldview, we believe God used them to re-create His world through their economic research and teaching. What the Friedman’s call “coincidence,” Christians call “providence.” The next time you’re in a group, maybe at church, notice how many women are under 5-feet tall. Not many.

Milton and Rose Friedman analyzed economic concepts that made the future better for all economists. We should encourage an “orientation to the future and the belief that progress but not utopia is possible in this life” (Richards, 2010, p. 210). As Lindsley states, “Left to ourselves things tend toward disorder, a loss of spiritual life, a decline in vitality” (2016, p. 1) because we have a fallen nature. Christians believe we need to find a way for fallen people to serve one another. That happens in free market systems.

The Christian worldview assumes there is perfection in creation, but we cannot find it because we are fallen humans with limited understanding of the world God created.