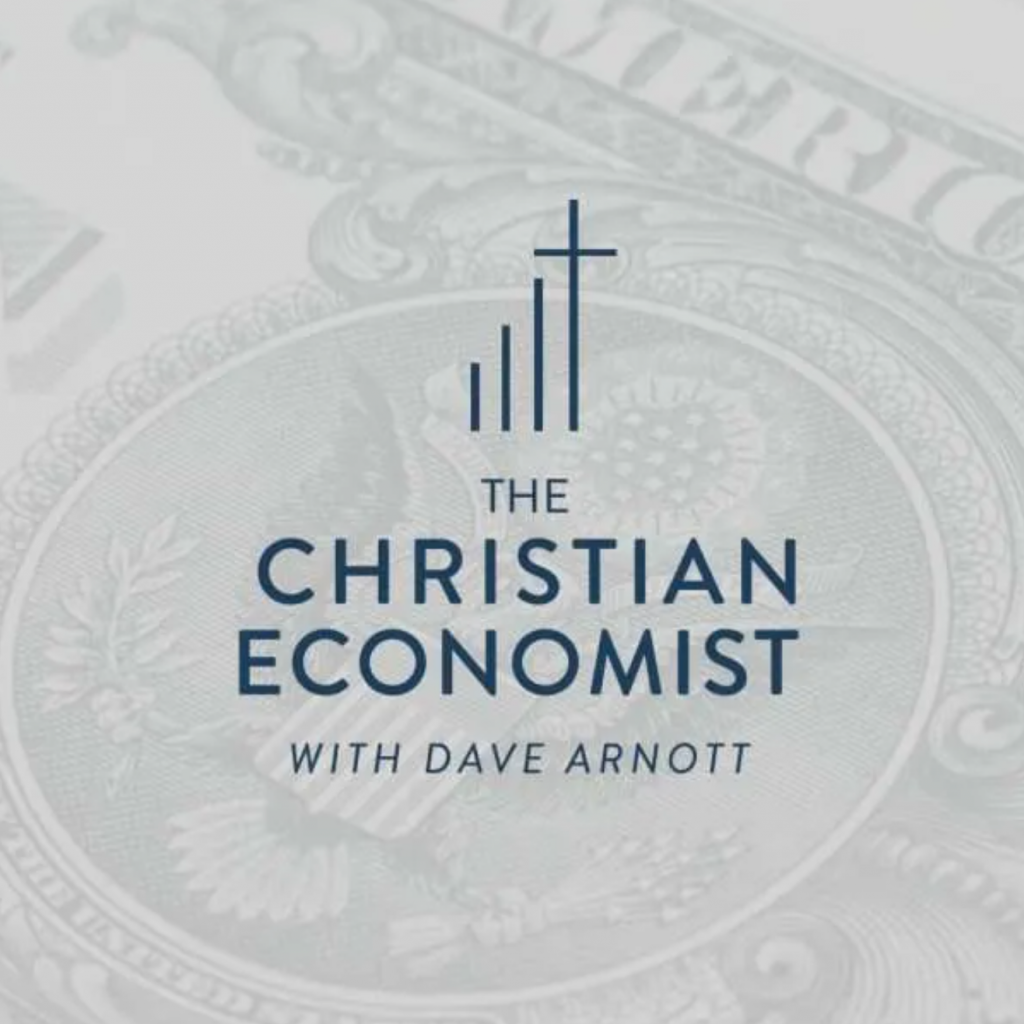 Gridlock is good, at the national level.  More political and economic decisions should be made at the state and local levels.  The Bible calls for even more decisions at the family and church levels.

A friend asked recently about the “horrible” in-fighting that was necessary to elect Kevin McCarthy speaker of the house.  I responded, “Gridlock is good.”  As the process played out, every day, Congressman McCarthy gave up more power, to gain the election.  This is what the founders had in mind. They did not want a powerful speaker, like Nancy Pelosi.  Power is an economic good: The more of it that is concentrated in the hands of the speaker the less gets distributed throughout the house of Representatives.  So, we have a weak speaker of the House.  That’s good for governance AND for economics.

One of the best books on this topic is misnamed, but it makes this point very well.  It’s titled Cowards, and it was written by Glenn Beck.  He makes the point that elected government officials are cowards for not standing up to excessive spending that produces national debt.

Michael Horowitz is an agnostic Jew who explains the Christian Worldview very effectively in his book Dark Agenda: The War to Destroy Christian America.  He explains how the founding fathers understood the fallen nature of humans and thus designed a three-part competitive system with checks and balances.  Think about it: If you thought people were NOT fallen, you would give them unlimited power.  But they ARE fallen, so we don’t give them power.  Or, we shouldn’t.

The Christian worldview has three elements: Creation, fall, redemption.  Economics is the study of the production and distribution of goods and services in a scarce environment.  In the garden, we believe Adam and Eve had work to do, but there was abundance, not scarcity.  Scarcity starts with the fall.  That’s where economics starts.  Without the fall, there is no economics.  The third element in the Christian Worldview is redemption.  In economics, we believe God calls us to redeem resources to their creational intent, to serve our neighbors.

In our current day, it’s very obvious that our economic system is out of whack and headed for a debt cliff.  Why?  The government has denied the fallen nature.  I’m writing a podcast on the subject of how the Democrat party denies the fallen nature, which will unpack more on that subject, but I will concentrate only on spending today.  Fiscal policy includes two elements: Taxing and spending.  The experience of the Democrats controlling Congress, the Senate, and the Presidency over the last two years, has shown us what happens there is agreement and a LACK of gridlock.  I unpack more details in podcast #146 titled Power Corrupts.

OK, I have presented the Christian worldview, because I’m the Christian economist.  But the Jewish worldview also encourages free debate.  The word Israel, means “To struggle with God,” and disagreement is at the core of Jewish culture.

The obnoxious spending of the Biden administration, when the Democrats controlled both houses of the legislature and the Presidency, should be ample evidence of why the founders designed a system of checks and balances.  They WANTED gridlock in Washington.  You do also if you believe in the fallen nature.

The US debt clock shows that the federal government is taking in $4.6 trillion and spending north of $6 trillion.  That should be ample evidence that gridlock is good.  As I pointed out earlier: Over the last two years, Democrats have used their KINGLY power over the government, to increase debt from $25.5 to $31.5 trillion.  YOU will be poorer every day, for the rest of your life, because of this outrageous and unbiblical spending.  It’s a violation of the 8th commandment because it’s stealing.

A recent Wall Street Journal article titled, How Much Washington Really Owes, $100 Trillion” is sub-titled “Unfunded Entitlements are more than twice as large as the official national debt.”  The problem is growing.  That’s what happens when there is an absence of gridlock.

Doris Kearns Goodwin ranks US presidents on how MUCH they do.  I rank them on how LITTLE they do.

Before watching the Netflix series The Crown, I didn’t know nor care much about the British Monarchy.  I still think it’s a very un-Biblical idea.  Look at the Old Testament story where the people called for a King.  That didn’t work out very well now, did it?  That’s because the monarchy is a redistribution of power from the people to the king.  But the writing of the Netflix show titled The Crown is very good.  There is a theme among the royals, especially Queen Elizabeth, where she says, “Sometimes the hardest thing to do is nothing.”  That’s because the less SHE does, the more freedom the PEOPLE have.

In economics, I’ve been calling this economic humanism, which is the title of podcast #21.  If you believe there IS a god, who guards and guides, you will do less, and count on God’s grace to take care of us.  I’ve often said, “Life is simple for the atheist.  Because without God, there are only humans, who are responsible for everything.”  But if you believe in a relational god, you have to decide how much WE do, and how much we rely on God to do.  That requires some thinking and analysis that atheists don’t have to consider.

So often, the best comments are after the camera is turned off.  Actually, I was on the old CBS program 48 hours many years ago.  They sent a camera crew to the Dallas Baptist University campus to interview me about my book Corporate Cults because I was one of the few people who criticized Southwest Airlines.  The interview went pretty well, then I was visiting casually with the producer and he asked, “If we turn the camera back on, would you say that again?” I agreed, and that’s how I appeared on the program.

More recently, it was after the fireside chat with Dennis Prager.  I had prepared some comments about socialism in the Kibbutz of Israel, because, being a Jew, I knew he was well aware of the failure of the Kibbutz.  But I didn’t find a place to mention it during the filming, so afterward, I mentioned that in the Kibbutz, people didn’t own their own underwear.  Think about it: You only need one pair, and if socialism lives up to its promise: From each according to his ability, and to each, according to his need, why would you get more than one pair?  So I mentioned that to Dennis Prager, then made the observation that Ginger and I are perfect socialists: Her money is my money, and my money is her money.  So Dennis asked, “Do you and Ginger share underwear?”  OK, first, economics is not very funny, and maybe you had to be there to enjoy the humor.

But, don’t miss the point: Let’s just consider a few levels here to make it simple: On the innermost circle, you have the individual, then the family, followed by the city, state, and nation, in this simple analysis.  The point is: The Biblical view is that we should be more socialist at the core of the circle, and more free market capitalist as we move further out.

I don’t have time to do all the explanation today, but I think the misunderstanding of the Christian Socialist, is that she believes the Bible tells us to be Socialists on ALL levels, while the Christian Free Market Capitalist believes we should be more socialist at the middle, and more free market capitalist as we proceed to the outer circles.  Don’t miss the point about power vs freedom.  Government must use power to redistribute goods and services.

Catholic Social Teaching calls it subsidiarity.  It means that decisions should be made as close to home as possible.

GK Chesterton explains his economic ideas in the book titled The Hound of Distributism.  His idea concentrated on the family as the desired level of production of goods and services.  In my view, Chesterton never really explained how they were going to USE power to redistribute the means of production – land in their view – from the current owners to the families.  Nor did they explain how they would prevent families from selling their land to others in a market.  I’m citing that idea today, just to make the point that the Distributist idea would FIRST have to remove freedom from the folks they took the land from, then they would have to take away the family’s freedom to sell land.  That land is no longer an important element of economic production in the 21st century is pointed out in my podcast #156 titled Digital Marxism.  That’s even more evidence in support of the freedom of the free market capitalist system: People are free to pursue economic means without intervention from powerful government forces.

Gridlock is good, at the national level.  That’s why more political and economic decisions should be made at the state and local levels.  The Bible calls for even more decisions at the family and church levels.  The government has no money.  It must take before it can give.  The church and family can give without taking.